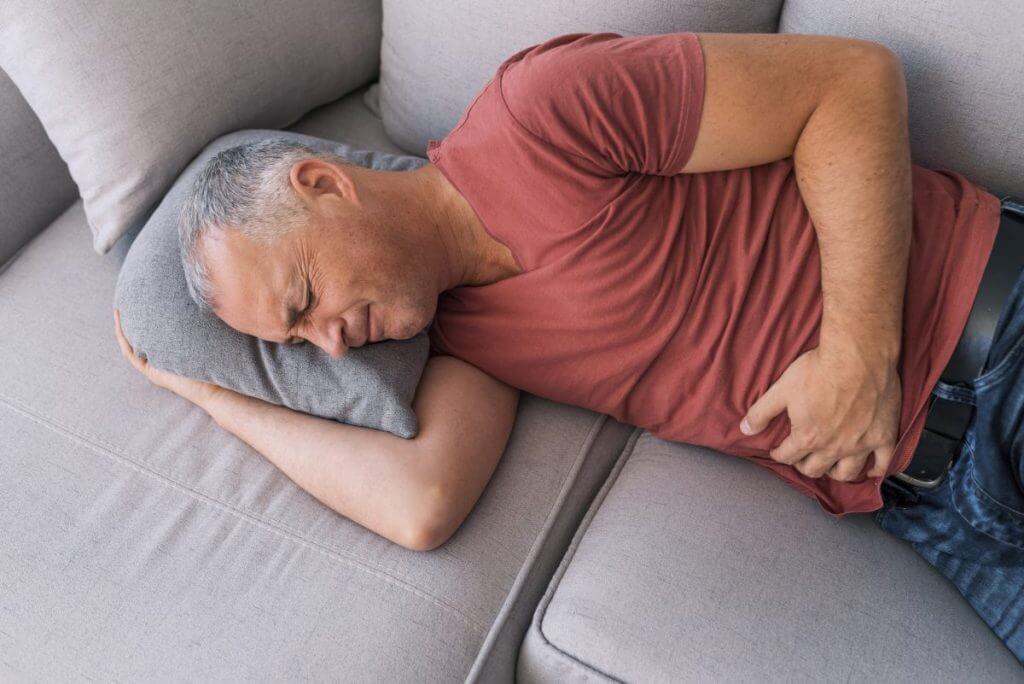 If the mucus layer is worn away and stop functioning effectively, the acid can damage the stomach tissues causing an ulcer. Stomach ulcers may be easily cured but they can become serve without proper treatment.

One in every ten people in western countries will suffer an ulcer in the stomach or small intestine. In the 1980s  research showed that ulcers are caused by infection with a bacteria called helicobacter pylori usually called H pylori.  A stomach ulcer is almost caused by the following:- 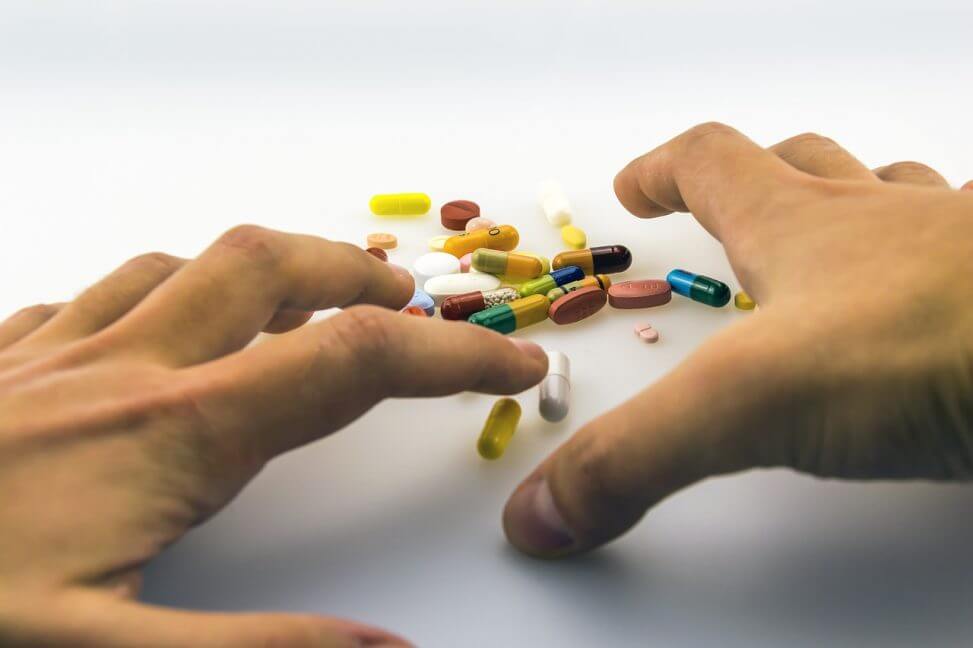 Non-steroidal anti-inflammatory is medicines that are used to treat pain, fever, and inflammation.commonly used NSAIDs include Ibuprofen, aspirin, naproxen, diclofenac. While stomach acid is vital to the digestive process, it can cause damage. Normally the stomach has three protections against gastric acid: 1. Blood circulation that aids in the repair and renewal of cells in the stomach’s mucosal layer. 2. Bicarbonate produced by foveolar cells which helps neutralize stomach acid.

NSAIDs work to reduce pain by blocking the enzymes that are involved in the production of certain prostaglandins. prostaglandins are also protective of the mucous layer of the stomach. 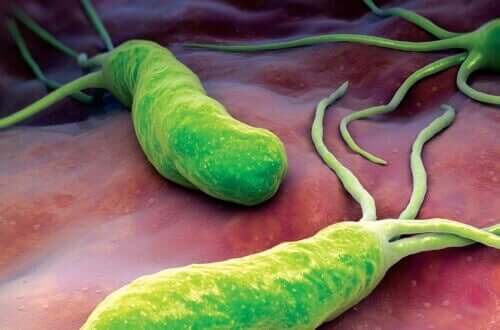 helicobacter a type of bacteria. After many years, they can cause sores, called ulcers in the lining of your stomach or the upper part of your small intestine. For some people, the infection can lead to stomach cancer. H.Pylori infection doesn’t cause symptoms. People of all ages can be infected. The bacteria can affect the stomach lining and vulnerable to damage from the stomach acid. If you do have problems, some medicines can kill the germs and helps sore heals.

How H.Pylori affects your stomach?

Doctors thought people got an ulcer from stress, spicy foods, smoking or other lifestyle habits. But in 1982 scientists discovered H.Pylori that bacteria cause of stomach ulcers.

How can you get H.Pylori?

You can get  H.Pylori bacteria from food, water, utensils. You can also pick up the bacteria through contact with saliva or other body fluids of infected people. It is more common in countries and communities that lack clean water or a good sewage system. The germs live in the body for many years before symptoms start

The most common symptoms of stomach ulcer is a or gnawing pain in the middle of the abdomen between your chest and belly button. When your stomach is empty the pain will be more intense. Other common signs of a stomach ulcer include :

The treatment of a stomach ulcer depends on the cause of your ulcer. Most ulcers can be treated with a prescription from your doctor, but in rare cases, surgery may be required. If you have an actively bleeding ulcer talk to your doctor to discuss a treatment plan. You may also require a blood transfusion.

Most ulcers heal in a month or two. The primary goal of treatment is to reduce stomach acid and lower the risk of infections, shock, bleeding.

If the doctor thinks there is a stomach ulcer they first try to remove caused by:-

However, the treatment should be continued, especially if the ulcer due to an H.Pylori infection. It is also important to avoid drinking alcohol, smoking tobacco, and any spicy foods.

There are two types of stomach ulcer stress treatment:

If H.pylori  is the cause of your stomach ulcer, you’ll need antibiotics and drugs called proton pump inhibitors  (PPIs). It blocks the stomach cells that produce acid. Your doctor may also recommend in addition to this treatment:-

Useful bacteria that may have a role in killing off H.Pylori such as probiotics. 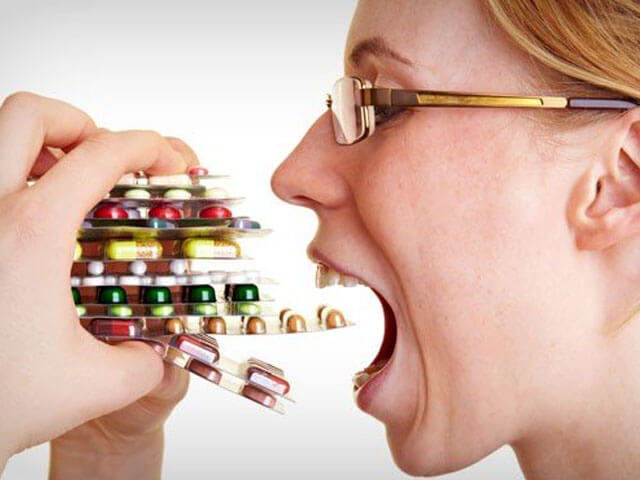 If present, eliminating or reducing the use of NSAIDs and helping your ulcer to heal with medication. Medication can include :

Doctors may include an antacid in your drug regimen. Antacids neutralize reduced stomach acid and can provide rapid pain relief.

In some cases, doctors prescribe cytoprotective agents medications that help protect the tissues that line your stomach and small intestine.

Side effects of medications used to treat:-

If any side effects are cause extreme discomfort, talk to your doctor about changing your medication.

Surgery may be an option in rare cases. A complicated stomach ulcer will require surgery in the case for the ulcer that:- 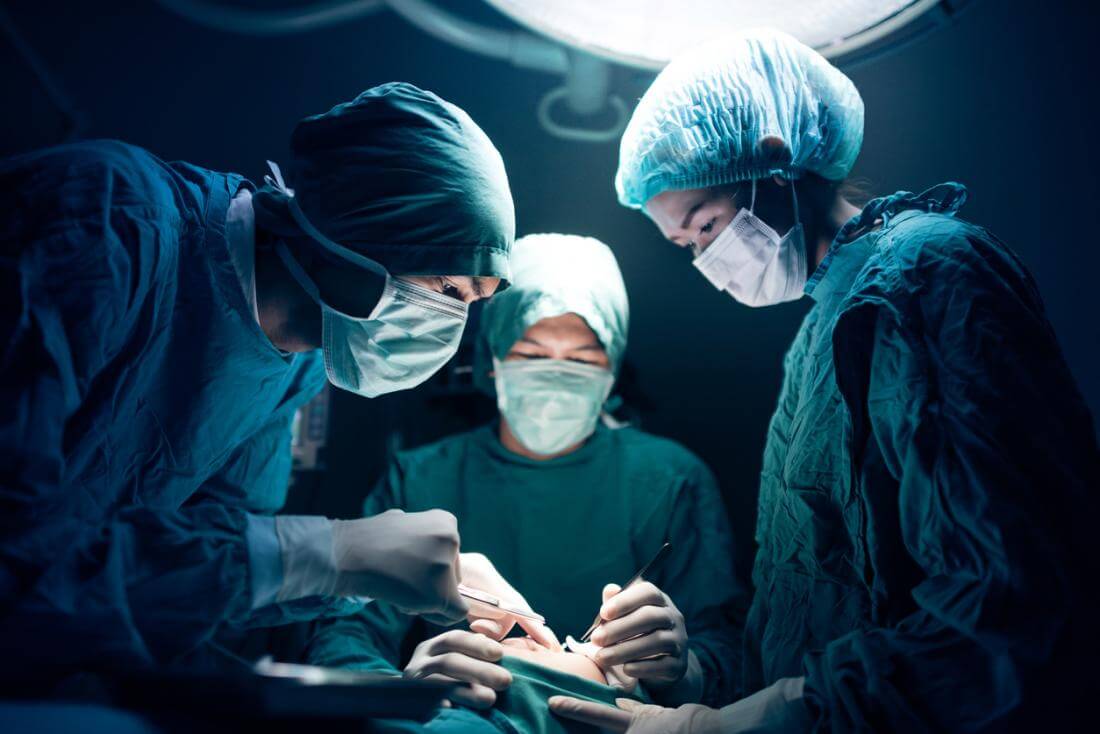 Either of these complications requires urgent medical attention

People of the risk of stomach ulcers should include the following types of nutrients in your daily diet:-

Fiber reduces the risk of stomach ulcers. Apples, pears, oatmeals and other foods that are rich in fiber are good for ulcers in two ways. Fiber can lower the amount of acid in your stomach while easing bloating and pain.

That is rich in vitamin A. It can help shrink stomach ulcers and may also prevent them. Spinach,  cantaloupe, carrots and beef liver also good doses of vitamin A.

It is the key to a healthy digestive tract lining. Fruits and vegetables are rich in antioxidants and contain cytoprotective and anti-inflammatory properties. Blueberries, raspberries, strawberries, and blackberries also play a good role in your health.

It is important for maintaining a healthy immune system and healing wounds spinach, oysters and beef contains a high level of Zinc.

Probiotic yogurt can help reduce H.Pylori bacteria. It has been shown to slightly improve symptoms indigestion and the side effects of antibiotics. Add probiotics in your food. They may help ulcers by fighting an H.Pylori infection and helping treatments better. Foods like yogurt,  kimchi, kombucha, miso, sauerkraut, and tempeh are rich in bacteria called probiotics.

it can irritate and erode the mucous lining in your stomach causes inflammation, bleeding. 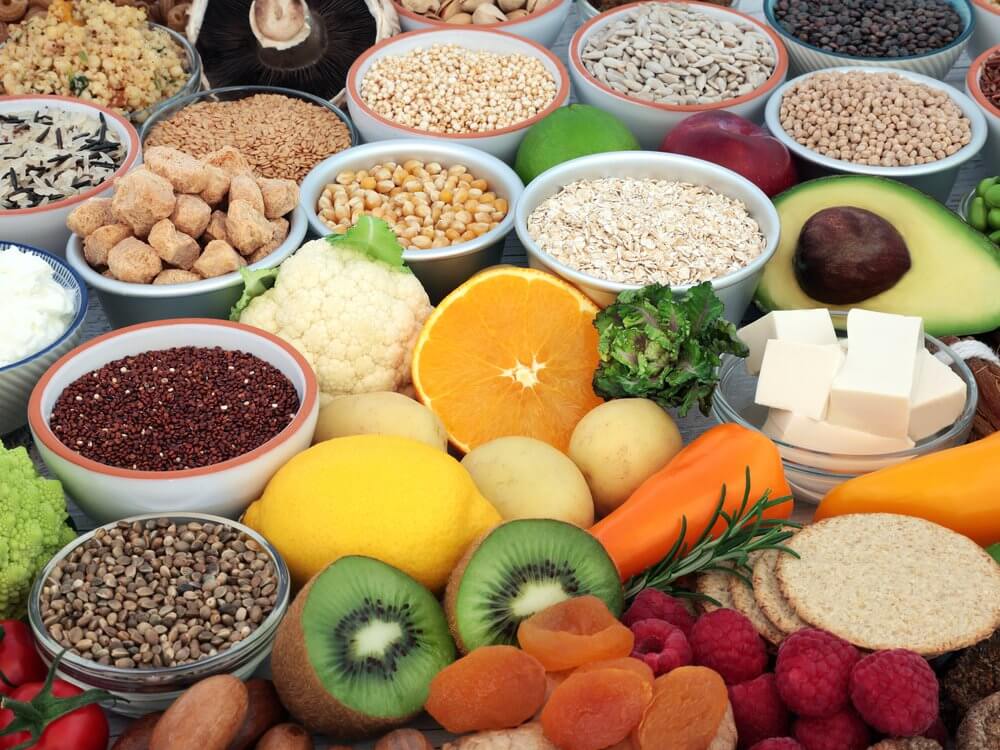 It is rich in vitamin C. It can help to protect you from ulcers in several ways. Vitamin C can also work on wound healing. Get this nutrient in strawberries, kiwis, citrus fruits, and broccoli.

Some people find that spicy foods make their symptoms worse. Avoid it if it causes you pain.

Avoid fatty foods it takes longer to digest. which can lead to belly pain and bloating.

Doctors used to tell people to drink milk to treat their ulcers. Today we know can’t help prevent or relieve an ulcer. It makes things worse by prompting your stomach to make more acid.

Add olive oil in your diet. Olive oil help is responsible for preventing and treating H.Pylori infections, which are millions of cases gastritis and peptic ulcer.

Eliminating milk- Sometimes it makes your ulcer pain better than later cause excess acid, which increases pain.  Talk to your doctor about drinking milk. 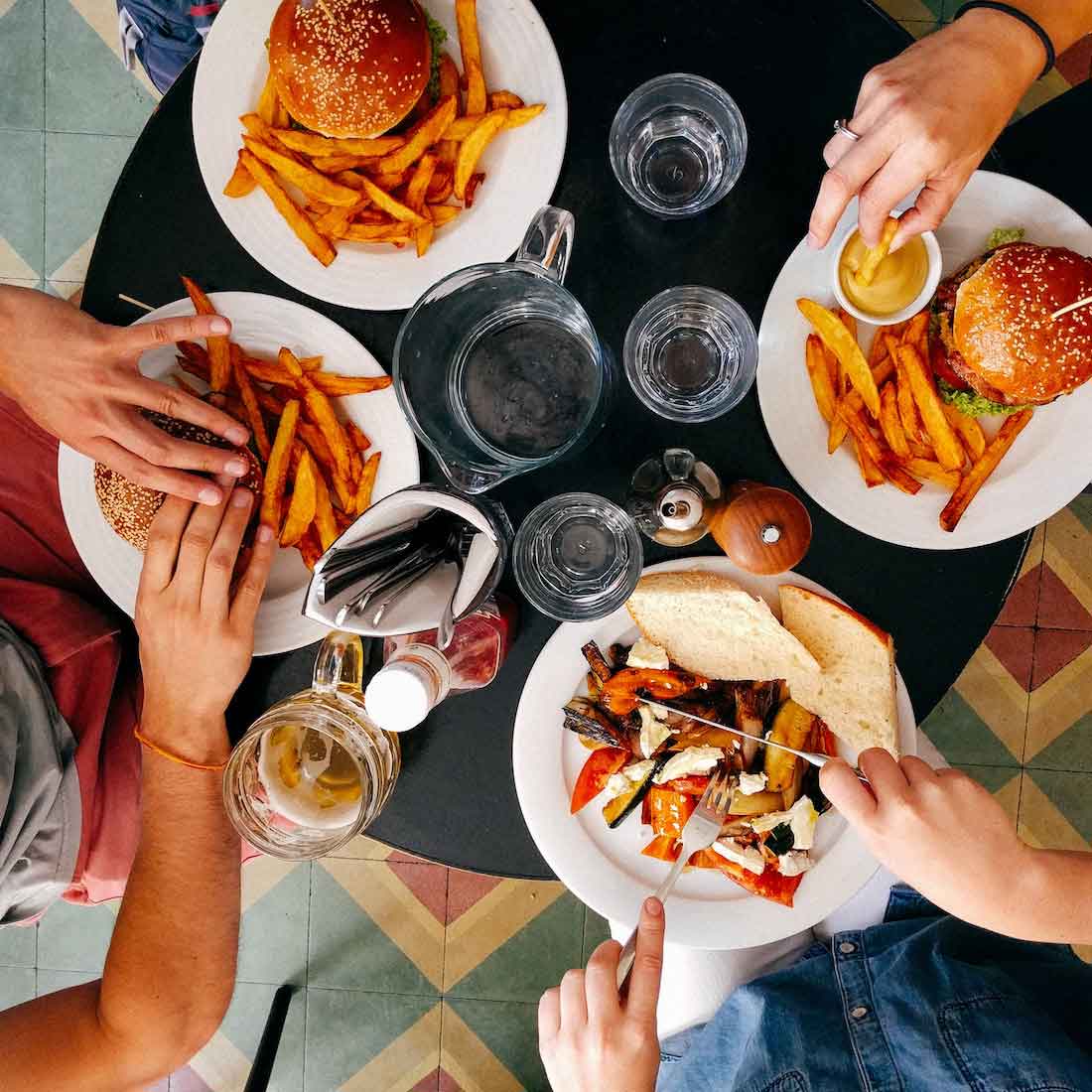 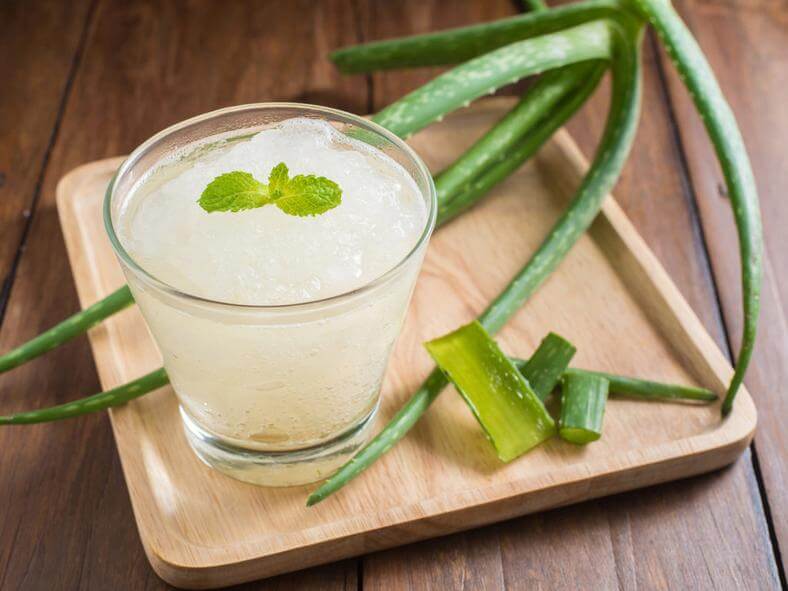 A stomach ulcer is worse. To prevent stomach ulcers is the spread of bacteria that might cause a stomach ulcer to wash your hands with soap and water regularly. Clean all your food and cook it thoroughly as you needed. Avoid foods that irritate your stomach like spicy food, citrus fruits, and fatty foods are common irritants. Avoid smoking because heavy smokers are more likely to develop duodenal ulcers than non-smokers. Heavy consumption of alcohol is shown to the development of an ulcer.

Stomach ulcers caused by NSAIDs stop using these medications if possible or limit their use and if you need to take NSAIDs, be sure to follow the recommended dosage and avoid alcohol while taking these medications. Take these medications with food and adequate liquids. Learn how to control your stress levels. Regular exercise and mind-body relaxation techniques like yoga, or tai chi and guided imagery are often helpful.